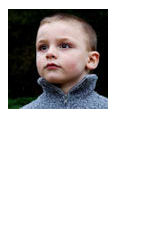 Euthanasia is a culture of death which knows no boundaries.  Once begun, it spreads like cancer to include additional diseases, conditions and even age groups.  The latest domino to fall is action in Belgium to legalize euthanasia for children.  Yes — for children.  In December, the Belgian Senate voted for legalization by a 50-17 vote and the Chamber of Representatives followed suit last week by an overwhelming vote of 88-44 with 12 abstentions to approve.    King Philippe, Belgium’s constitutional head of state, is expected to sign the legislation into law.

No age limit would be set, but the children who are euthanized would have “to possess the capacity of discernment.”

What could possibly have motivated this action?   Proponents “sold” their most effective arguments.  Children must be given this “right” because to deny it is to discriminate.  Only a small number of children will be affected.  It’s already happening anyway, so let’s legalize it.

“The child must have a terminal and incurable illness, with death expected to occur ‘within a brief period.’ The child must also be experiencing ‘constant and unbearable physical suffering.’  Like for adults desiring euthanasia, that diagnosis and prognosis must be agreed upon by the treating physician and an outsider brought in to give a second opinion.

“The child is to be interviewed by a pediatric psychiatrist or psychologist, who must determine that the child possesses ‘the capacity of discernment’ and certify that in writing.”

As has happened in other countries, these “safeguards” are easily circumvented and will eventually be eliminated altogether as unnecessary.  The result of this tragic action will be a dramatic increase in the number of euthanasia deaths.