This is Sarah’s story, from her mom: 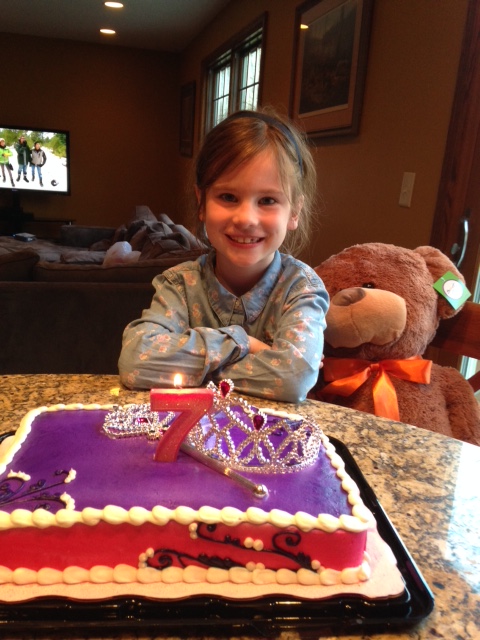 I could have made a decision that would have robbed me of one of my greatest joys.

Through medical testing during my pregnancy with my daughter Sarah, it was discovered that she was exhibiting signs of either Down’s Syndrome, Turner Syndrome, or perhaps Trisomy 18 or 21. I was told that I had the option to abort my child, and that it would be “understandable considering the conditions.”

This put me in shock, and I said that I definitely would not terminate the pregnancy – I would not abort my precious daughter. My heart was crushed, and I felt hopeless. If it were within my power, I wanted her to live, and be healthy. Regardless, she was my daughter and I loved her, and I had to give her a chance. I was immediately given an appointment for the next morning to see my perinatologist.

My husband and I went to the appointment the next morning and everyone around us was very solemn. We didn’t feel supported at all. My perinatologist asked my age, and I told him that I was 36.  His response was, “well, no wonder” to my situation and to my daughter’s diagnosis. I felt like I was to blame for my baby’s condition, that this was all my fault, and that I was judged for making these decisions.

The doctor then gave me an ultrasound, and said that my obstetrician was right.  From what he saw, our baby Sarah had some serious complications. She would live with some serious disabilities. Most likely, he figured she would not survive and if she did, then our baby would have serious genetic abnormalities that would shorten her life. We were urged to at least undergo further genetic testing within the next few weeks.

All faces in that room showed sadness, and hopelessness. These were the longest, most painful weeks of darkness I have ever endured.

I lost all hope, because I was given no hope.

My husband and I had to go to Froedtert for the additional tests. While waiting at the Children’s Hospital, I saw the doors to a therapy office for Down’s Syndrome patients.  While looking through the doors, which seemed bright and colorful, I thought, “I can do this.” I started to imagine going to appointments there with Sarah, and bringing my other two children along. They would love this place, they would be able to play while in the waiting room and everything would be alright. I was finally accepting what might be lying ahead of us, and I started feeling hope again.

When we arrived in the office, the geneticist first brought us back to the room of the testing. We were going to have another ultrasound prior to the testing procedure. My husband asked what the chances were that the baby would turn out “normal.” She stated that the chances were less than one percent. That was a very painful answer to hear. She left and then in walked the sonographer. She had to check on where the baby was laying before the procedure began.

While she was looking at my baby, my husband said, “So…it’s pretty bad, right?”  The sonographer looked confused and said as she was making a measurement of the spine, “not really, I am measuring the baby within the normal range. Was the spine a significant size before?” When we told her what the measurement was a couple weeks back, she was shocked. We asked her if we could talk to the perinatologist, because we knew he was in the building.

The doctor walked in and did not know what to say. He said, “things looked positive on the ultrasound. I do not usually see this.” He still cautioned us, “do not get your hopes up,” because the test could be wrong, and she could possibly have a heart condition instead. At his request, we did more tests.

“Do not get your hopes up,” was something my husband then repeated to me for the next week as we waited for the results of the tests. Words can’t describe how terribly difficult that was. Someone had to hope for Sarah. I loved her regardless of whatever condition she could have. She deserved some hope.

The geneticist finally called us and read the set of results of the first five chromosomes that were tested. All of them were paired, so she did not have a Trisomy condition. I could not help but rejoice! And, a couple weeks later, we got the call about the remaining chromosomes that could indicate other genetic conditions. They were all paired too!

Then my husband repeated what they doctor said, “Do not get your hopes up.” He reminded me that there may still be heart problems that wouldn’t have shown up in the tests.

Well, Sarah greeted us for the first time outside of the womb on April 18th, 2008. She was born with jaundice, only because they induced the pregnancy early. Other than that, she was completely healthy! Now at age six, she is reading at a very high level. Her teachers marvel at her. We marvel at her.

I am reminded over and over again that we could have made a decision that would have robbed me of one of my greatest joys. Sarah is a joy – not because she is healthy, but because she is my daughter. I wish more parents would receive the hope they need to experience the same joy. No matter how brief or how difficult a life can be, there is always joy, where there is love.

I ask the Wisconsin Legislature to help other parents experience the joy of their children, even during difficult pregnancies. I am overjoyed to hear that the Pain-Capable Unborn Child Protection Act gives parents the hope they need when they receive a diagnosis of a possibly fatal genetic condition for their child. Information makes such a difference. It gives us hope, and the support I wish I received while carrying Sarah.

Really, no child should ever have to experience the pain of abortion. No matter their condition. Help parents like me, and save unborn children capable of feeling pain just like Sarah. 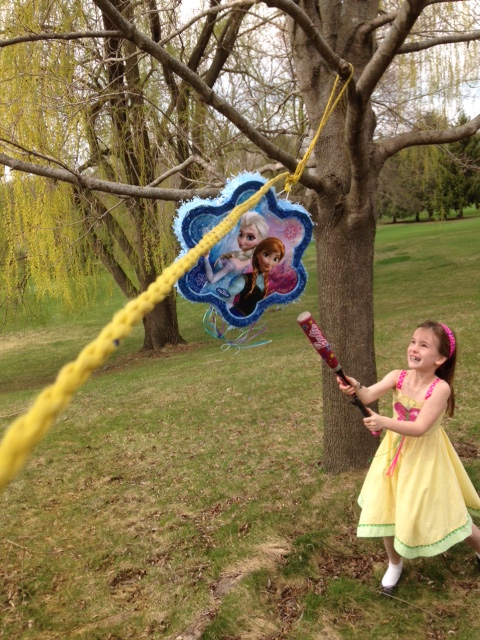