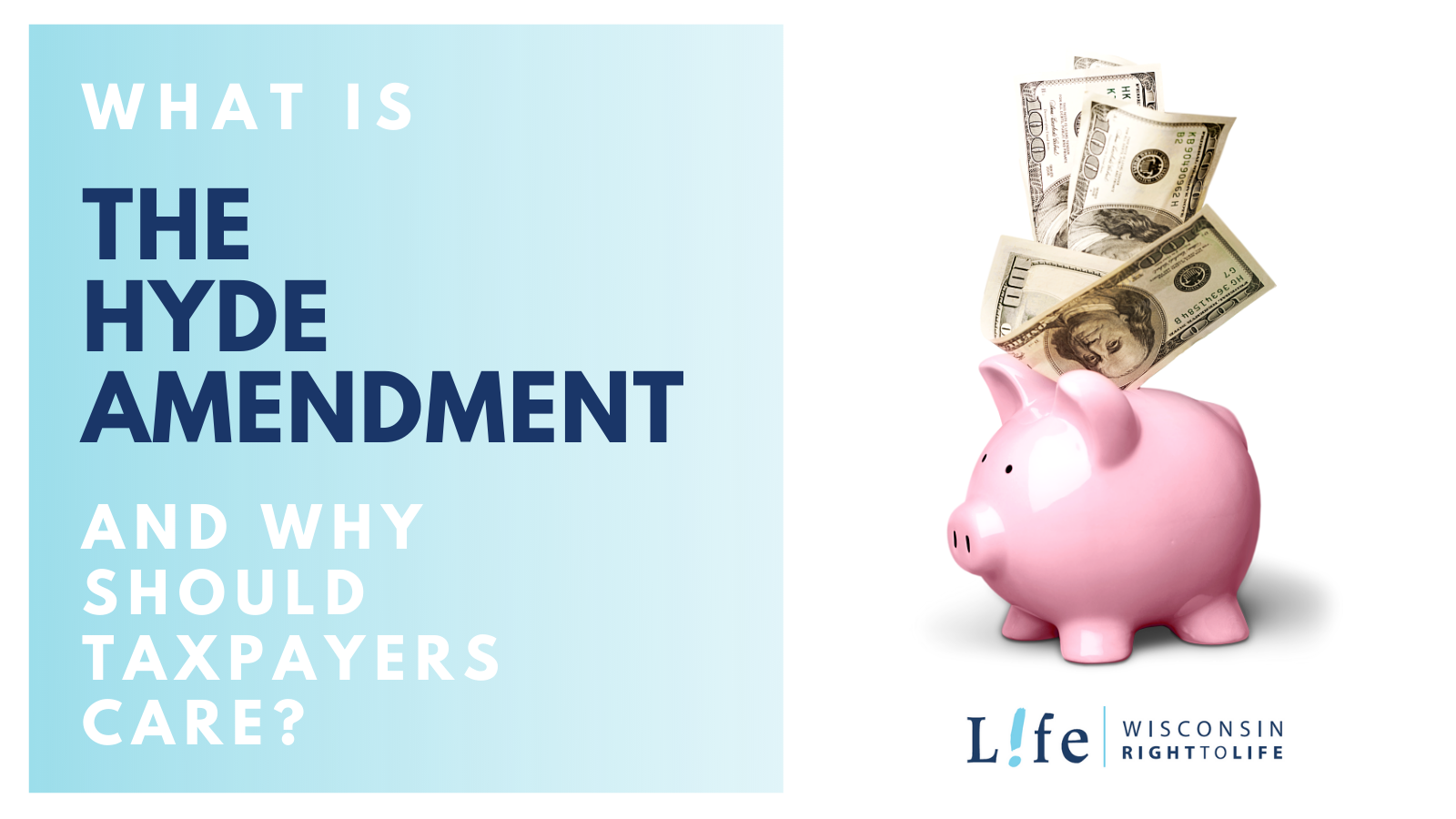 Your tax dollars pay for many important government services, but do you want your dollars to fund the termination of our most vulnerable?

If you’d rather that your money doesn’t contribute to abortion, then you have the Hyde Amendment to thank.

On September 30th, 1976, just three years after Roe v. Wade was decided, the Hyde Amendment was passed by the House of Representatives. The chief advocate for this amendment was Republican Congressman Henry Hyde of Illinois; and, the original bill specifically entailed that federal government funds should not be appropriated to pay for abortions. The Hyde Amendment was found constitutional, withstanding a Supreme Court trial in 1977, and stopped 300,000 abortions annually from being federally backed. The amendment has been added to every appropriations bill since its initial passage. Over the last four decades, the amendment has gone through some changes. In 1993, for example, the Clinton Administration signed a new version of the amendment that would allow federal funds under Medicaid be used for abortions in cases of rape and incest. Overall, though, the principle remained the same: tax dollars shouldn’t fund abortion.

Surprisingly, this concept transcended political parties: Democrats and Republicans alike opposed taxpayer funding of abortion for decades. However, the tide shifted in 2016 and the Democratic party added the permanent repeal of the Hyde Amendment to their platform. Today, despite the fact that polling has shown that over 60% of Americans support the Hyde Amendment, the Democratic party’s top two leaders- Joe Biden and Kamala Harris- both now oppose the amendment.

The Hyde Amendment is a foundational protection for the unborn. A study by Dr. Michael New of the Charlotte Lozier Institute estimates that over 60,000 children are saved each year because of the amendment. 2.4 million Americans are here today because of the Hyde Amendment. Studies have also shown that when the government funds abortions, abortion numbers increase.

The amendment has been consistently passed for over four decades, but it hangs in the balance this November. Joe Biden has notoriously flip-flopped on the issue. Once a strong supporter of this life-affirming legislation, he now states that he would repeal it if elected. If Biden successfully repeals the Hyde Amendment, the public (read: YOU) would foot the bill for abortions. Donald Trump supports the Hyde Amendment. In fact, President Trump has promised to make the Hyde Amendment permanent, protecting the public from paying for abortions in the long run.

Your vote is your voice. You get to have a say about what your money supports. Do you want it to take life or give life?