Written by the Jackson County Chapter of Wisconsin Right to Life, originally shared in their April 2022 Life Report newsletter.

Founding Father Thomas Jefferson etched into the cornerstone of American principles that LIFE is a human right granted us by our Creator.

It is this principle, this uniquely American foundational value that formed the basis of Wisconsin Right to Life’s mission.

Wisconsin Right to Life believes that each human life is inherently valuable from fertilization to natural death. Our mission is: “To make euthanasia, infanticide, abortion and destruction of human embryos socially, ethically and legally unacceptable solutions to human problems and to promote positive alternatives to each of these acts.”

Our Wisconsin Right to Life, Jackson County Chapter, has been defending the sanctity of human life for over 40 years. 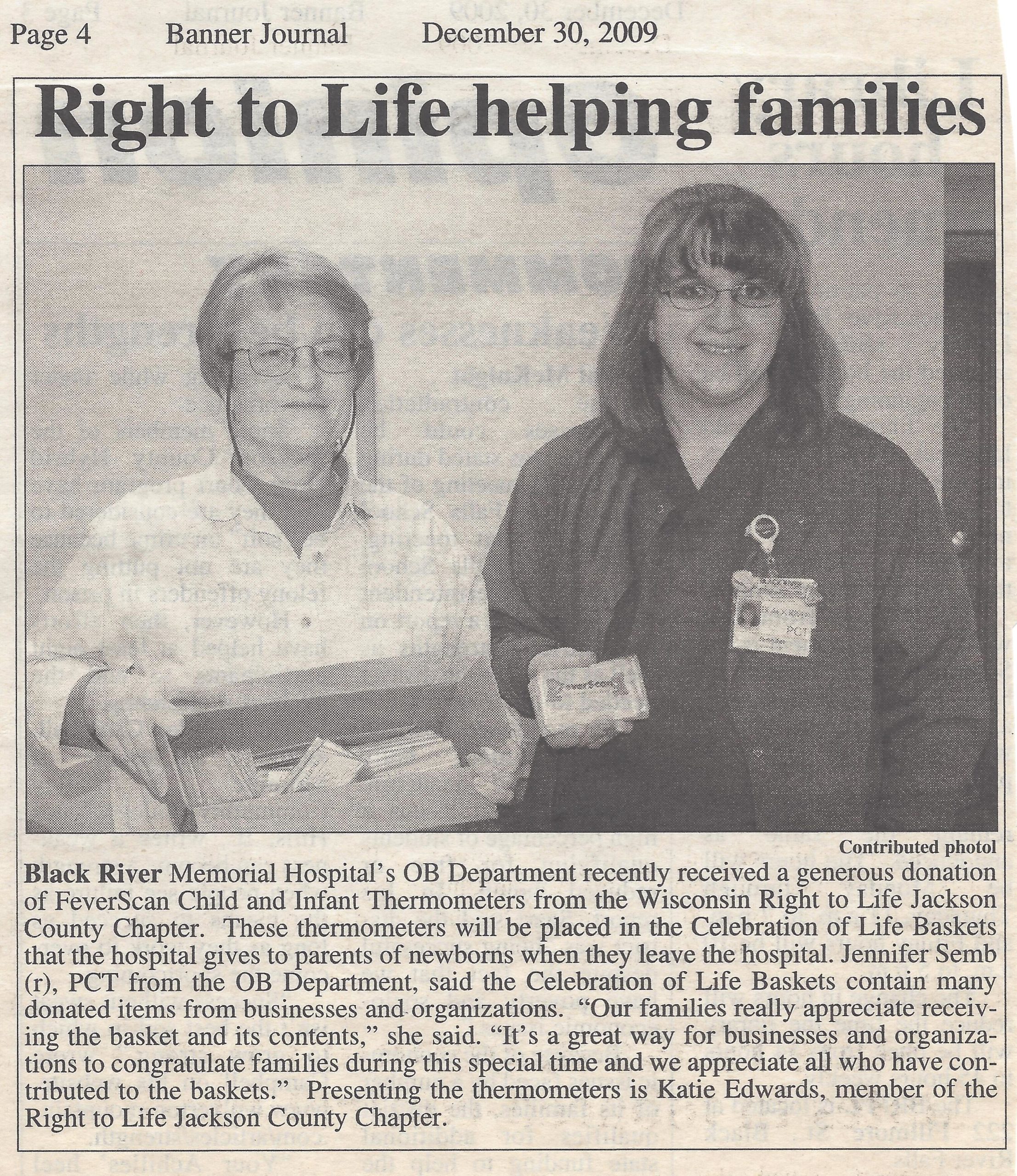 Katie Edwards, former member of Illinois Citizens for Life and one of the founders and directors of Abortion Alternatives Pregnancy Service in Streator, Illinois, brought her energy to Jackson County. Following the showing of the film Assignment Life at the Jackson County Bank on Nov. 4, 1982, attendees had an assignment, to pursue the mission of Wisconsin Citizens Concerned for Life (now Wisconsin Right to Life). On February 24, 1983, Wisconsin Citizens Concerned for Life, Jackson County Sub-Chapter was born and its first officers were elected: Chairman Katie Edwards of Black River Falls, Co-Chairman Bonnie Pfaff of Melrose, and Secretary/Treasurer Sandy Prindle of Alma Center. Chairmen of Committees were: Mary Michaels, Fundraising; Jan and Bob Eckles, Education; Margie McNulty, Legislation; Katie Edwards, Newsletter Editor and Publicity and Theresa Melka, Telephone Tree. In 1984, Jackson County sub-chapter was ratified as a full-fledged chapter of WCCL at their May Board meeting in Milwaukee. 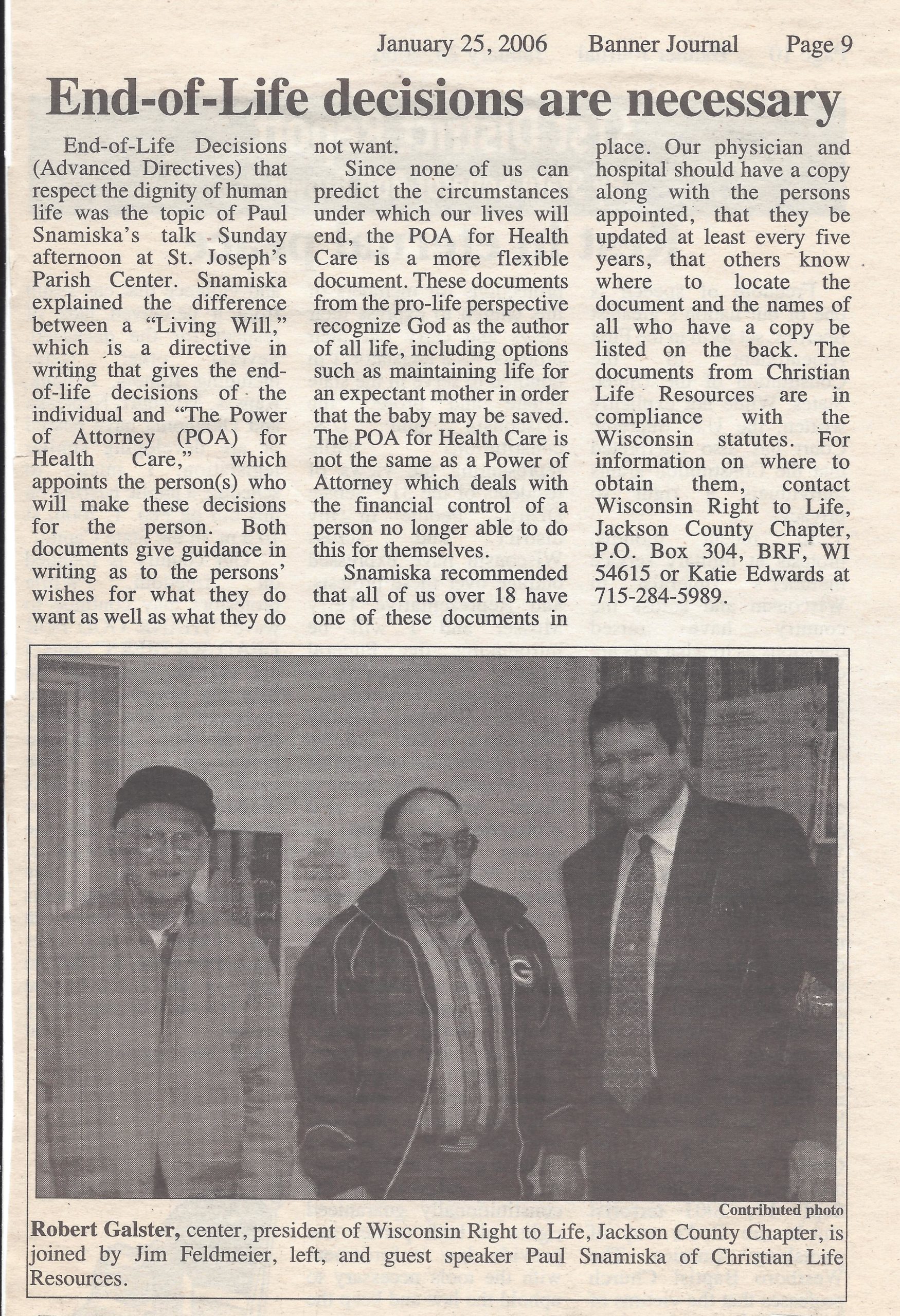 The leaders of the new chapter were actively engaged in public speaking engagements during the 1980s and continue to accept requests to speak. Education of the public on the Human Life issues and on the positions of candidates for public office on these issues, as well as lending support to pregnancy care centers, continue to be priorities of our chapter.

From the beginning, many residents of Jackson County have supported the activities of WRTL-JCC. Numerous volunteer callers surveyed fellow residents to identify pro-life supporters, and found that over 60% of those called opposed abortion on demand. Area churches have lent their support through the Mother’s Day roses, donations and bringing teens to educational events sponsored by WRTL-JCC. Many have supplied goods for our Deer Hunters Bake Sales and the more recent Brat and Bake Sales at Hansen’s IGA. Some make a point of donating on a set schedule.

Red ribbons were placed on trees the week of January 22 as a memorial for all the lives lost since Roe v. Wade. Later white crosses represented babies killed by abortion. Temporary and more permanent interstate billboards, and road signs display the beauty of babies before and after birth. Floats in the local parades, the fair booth, newspaper ads, radio spots, and signature ads have shown the value of human life at all stages and ages. Candlelight vigils and now prayer vigils at area churches have been held annually in January to end abortion. Life Chain, with silent prayers, is held on the bridge in Black River Falls the first Sunday of October.

Red roses, as symbols of the love of life, have been given to mothers (to fathers in 2020) as a thank you for accepting the Gift of L!fe, and have generated many donations from area churches.

Embroidered lapel roses, life-size fetal models, pro-life videos at Burnstad’s grocery store and the library, library packs placed in schools and the public library, resources provided to students who had assignments on the topic of abortion, euthanasia, or another pro-life issue, and advertising APPLE Pregnancy Care Center on high school posters and sporting event schedules have all defended the sanctity of human life and offered hope. 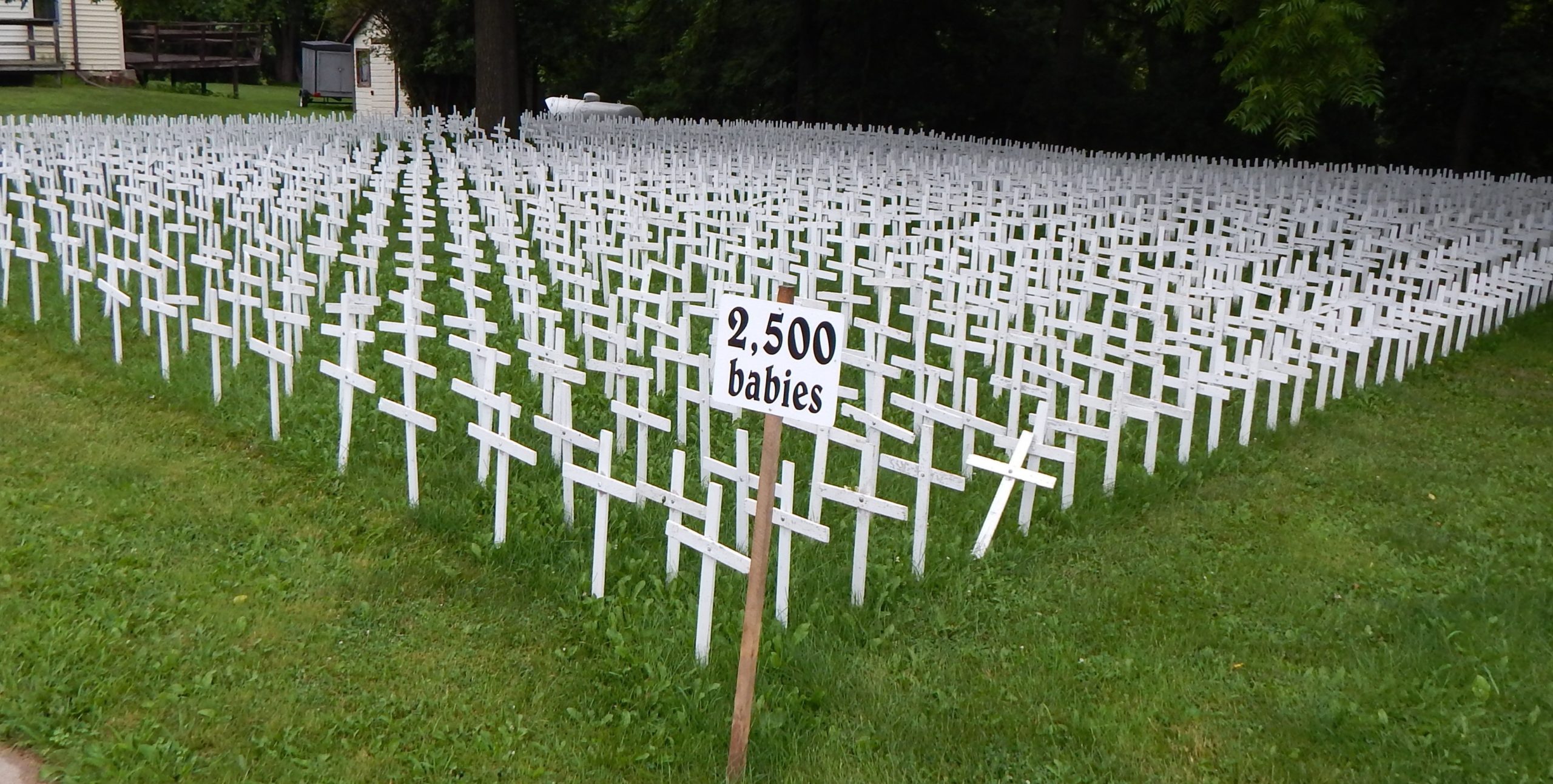 Charity Lehrke has worked with Teens for Life. The “Cemetery for Life” was one of their projects. Elise Duerkop has organized annual teen events with the participation of youth from area churches. Elise also designed the 123GiveLife.com bookmarks.

The newsletter has documented the past 40 years with the first newsletter, Vol. 1 #1, edited by Katie Edwards, published February/March 1983. For the first three years it was typed on a manual typewriter and printed on a copy machine. Now it goes to The Print Shop. Over the years, other newsletter editors were Bonnie Pfaff, Pastor Joseph Lumbrix, Sandy Quance, Rich Cairnes, Lori Faust and again, Bonnie Pfaff, our current editor. Vital to the newsletter are those preparing it for the post office. Margaret Boisen put on address labels and prepared them for bulk mailing for most of those years, until 2012. Connie Schram and Charity Lehrke are now doing the work, with Katie maintaining the list.

Carol Prindle, Jeanette Janke, and Mary Hart, callers and bakers, Margie McNulty, who donated teddy bears for the fair, Fred Michaels, a strong supporter, and some others mentioned earlier, and others not mentioned, have passed on to another life. 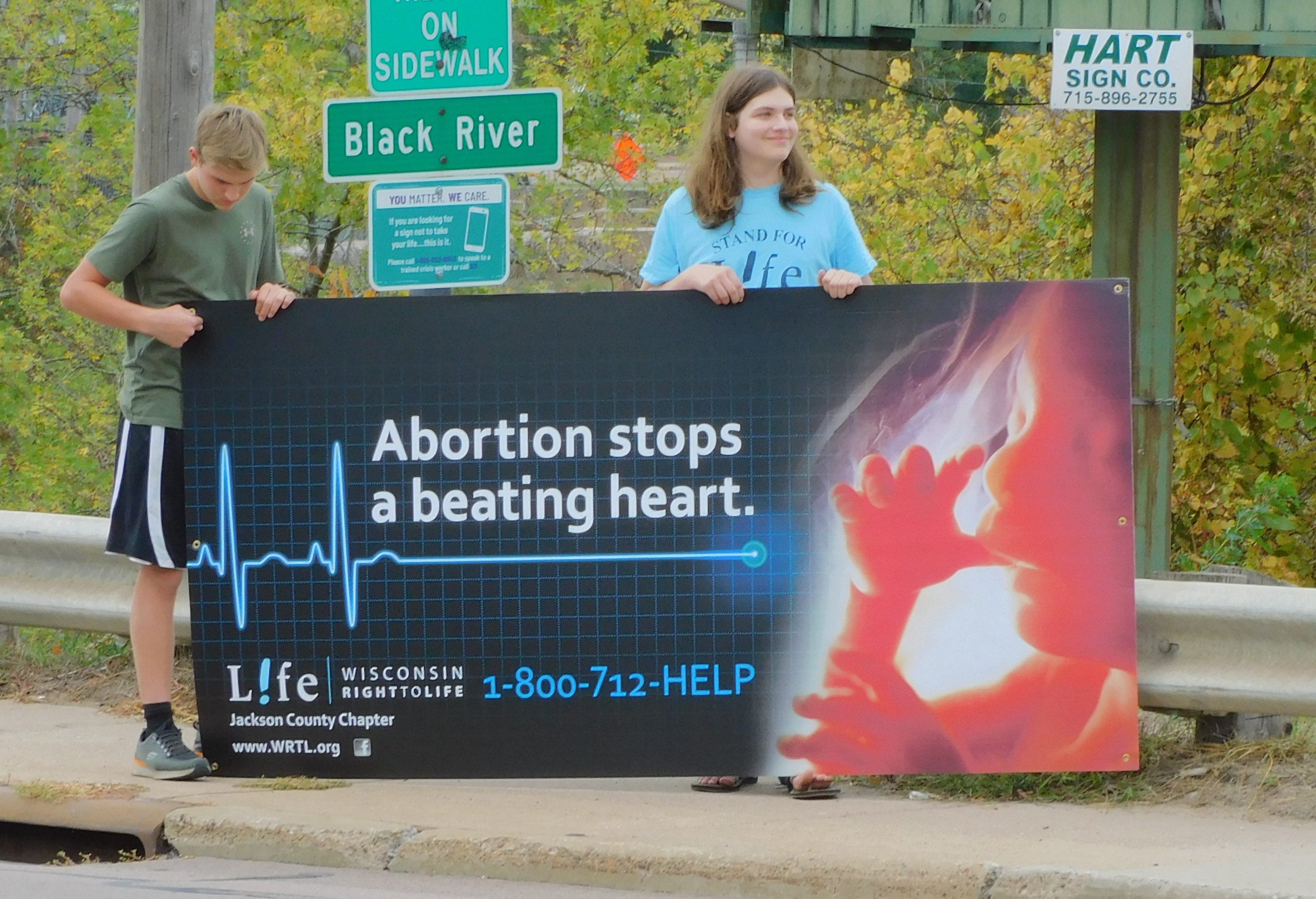 We continue with the task of promoting respect for the sanctity of human life, particularly in Jackson County.

Your role is also essential.

To get involved in our Jackson County Chapter or another local group in your area, please visit wrtl.org/chapters.