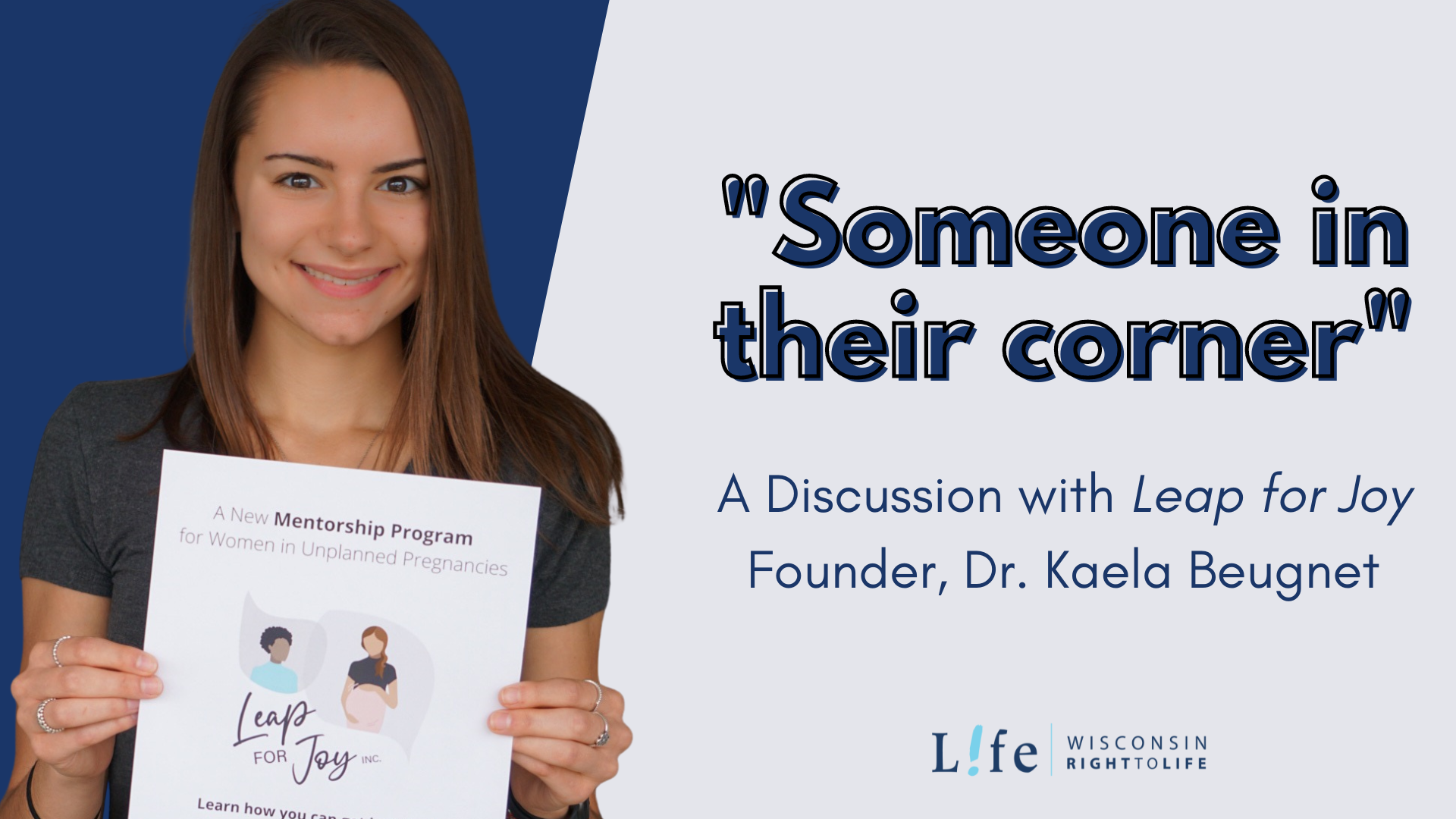 The recent overruling of the 1972 Roe v. Wade case has finally settled the long-standing debate over the constitutionality of a federally-recognized right to abortion. As the decision came down from the Supreme Court on June 24th, many state bans on abortion, previously unenforceable, were revived and put into effect.

As the dust began to settle, pro-lifers began to turn back to the work at hand. Though the ruling was an enormous victory for the pro-life movement, it was only a political win. The cultural battle remains at hand, and the abortion industry has done a marvelous job keeping the American public ignorant about the bloody reality of abortion. Fully 61 percent say that abortion should remain legal “in all or most cases.” 63 percent of women believe that the procedure should be decriminalized.

Perhaps more concerning is the extent to which expectant women remain in the dark regarding alternative options and services available to them. Prior to Roe, there were 790 abortion clinics in the US, compared to approximately 3,000 pregnancy help centers (PHCs). But despite their prevalence, PHCs and their affiliated partners face an onslaught of vitriolic attacks from abortion activists and clinics, as well as press outlets. Running a quick Google search on the subject will yield links to Planned Parenthood, Vox, and Journal of Ethics, which describe the – often volunteer run – clinics as “fake women’s health centers,” whose “goal is to spread misinformation and propaganda” in order to “try to trick you.”

With the media and the algorithms on their side, the abortion industry has made it difficult for scared, expectant moms to come away with anything other than a negative and frightened impression of PHCs. Needless to say, combined with public support for abortion, and a lack of support and community, many pregnant women feel lost and alone in the wake of the Roe decision.

This is the perception that Dr. Kaela Beugnet is trying to alter, through her nonprofit Leap for Joy.

Beugnet is a physical therapist with a passion for life, a passion she discovered when she joined the pro-life group at Marquette University – Marquette for Life – on a “pilgrimage” to the March for Life in Washington DC. “I didn’t become actively pro-life until I went to the March for Life in 2018. And then, I think that it just really became apparent to me how important this issue is, and I really felt called after that march to take action and get involved with my college’s pro-life group.”

Beugnet described the atmosphere on her college campus as “mixed.” As she became more involved – eventually becoming the president of Marquette for Life – she began to witness the fervor on both sides of the issue. “There were students who really supported us, and there were students who absolutely despised us. The administration honestly never gave us issues, we were treated fairly like any other student group and allowed to put on our events and stuff. But there were a few times where our displays got vandalized or people protested the things we were doing.”

Despite getting heavily involved with the pro-life movement on the Marquette campus, starting and running a nonprofit was not something that she had intended on doing. In fact, the idea was not her own, but rather that of a post-abortive friend.

She had the idea, she said ‘I wish when I had been in this situation, someone had been there to mentor me and support me, and help me choose life.’ And then, she was like, ‘What do you think about starting this mentorship program?’

Beugnet said that she felt uneasiness at such an undertaking, but after prayer and contemplation, “It became, like, I couldn’t get it out of my head after a while.” Ever since, Beugnet has been working to make this wish a reality for pregnant women.

Leap for Joy – a name inspired by the Visitation in the gospel of Luke – is a virtual program that provides women facing unplanned pregnancies with a woman mentor. “All of our mentorships are one-on-one and they last throughout the entire duration of the pregnancy,” Beugnet explained. “All of our mentors are women who have a passion for the cause. They’re volunteers, but they’re trained to provide the emotional support, the encouragement, and help their mentee locate their nearest pregnancy center, and if there’s any other organizations that they need connecting with to meet additional needs beyond the emotional.”

The application process for expectant mothers is simple and painless. Beugnet explained the process: “Expectant mothers can go on our website leapforjoyinc.com, and there’s a big button at the top that says ‘I’m pregnant,’ so if they click that it will direct them to the application. The application’s fairly short, it’s just so we can get an idea of where they’re from, when they’re due, how they’re feeling about the pregnancy, a couple other questions abut what their hopes are for the mentorship, and then we use that to pair them with a mentor.”

As for volunteer opportunities, Leap for Joy makes the process easy. “Women who are 18 or older can apply to be a mentor,” Beugnet stated. “We have self-paced training materials that they can read through, and then they sign an agreement with that, and then they’re fit to be added to our mentor pool.”

Though the mentor aspect is only available to women, there are plenty of ways for men to get involved. “If you have expertise in the area of, like, if they’re a financial advisor, or if they have some sort of skills in the areas of tech, or business, or marketing, stuff like that, we really encourage people to email us and say ‘Hey, I’d like to get involved, these are some talents that I’d love to share with you if you have a use for them.’” If volunteer work is not an option, Beugnet shared alternative ways that people could help. “We take donations to help us print marketing materials, and just run the operations. And then prayer is really important too as we’re growing.”

The nonprofit has begun to spread beyond its home base of Wisconsin. “Because it’s virtual, we realize that these mentorships…you know, people can live anywhere and participate,” Beugnet emphasized. “There are no physical barriers to it, which is really nice. So, we’re open to having it spread into whatever state who wants it.” As of July, Leap for Joy has gained connections with pro-life facilities – including PHCs, maternity homes and adoption centers – in Iowa, Tennessee, and Washington D.C.

Beugnet’s vision for her organization knows no bounds. “The big dream for this is to have Leap for Joy mentorships offered in every state. And I really envision a future where there’s a strong network between Leap for Joy and pro-life organizations, pregnancy centers, churches.” This network could potentially include former mentees. “I hope that someday our mentees will return to be mentors and be able to help a woman who is walking the same path that she was once in, or the same situation she was once in.” The whole effort appears to be based around the simple concept of women supporting other women in the womanliest calling; being a mother.

The abortion industry often banks on the emotional and social pressures in women’s lives being too great, so that they may forward their operation. This is something that Beugnet’s family has experienced firsthand. In fact, her mother’s strength in the face of such pressure has played a significant role in her activism later in life.

She was encouraged to selectively terminate when she got pregnant with triplets, and she didn’t, and all three of my brothers survived, and they’re alive today. So, her example is a huge witness to what it means to be pro-life.

Beugnet hopes that Leap for Joy will provide women facing this societal insistence to abort with a woman in their corner, on their – and their child’s – side. “I think the saying ‘it takes a village’ is true, and it’s a call to action for all of us to do our small part to support future generations.”

For all women facing unplanned pregnancies, Leap for Joy offers hope and a helping hand. “My message is that you’re not alone, and you’re never meant to or expected to journey through your pregnancy alone,” Beugnet said. “I would really encourage [women] to consider getting a Leap for Joy mentor, because they don’t know their mentor yet, but I can promise that their mentor cares about them so much, and just wants them to succeed in their pregnancy and with their life.”