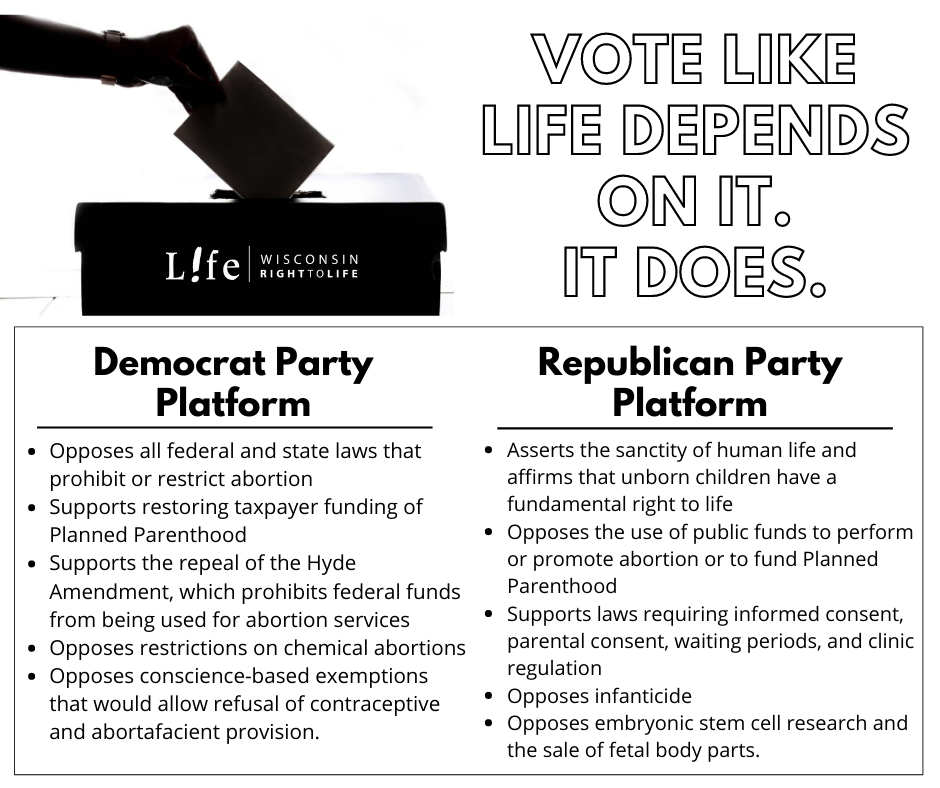 Life is a winning issue.

History has shown that a culture that does not value life cannot survive.

Last week at the Democratic National Convention, the issue of abortion was not once explicitly mentioned. Democrats, especially Joe Biden, know that to acknowledge the party’s platform on “reproductive rights” is to publicly accept killing unborn children until the moment of birth, a philosophy that the vast majority of Americans reject.

Joe Biden, a professing Catholic, was considered pro-life for over 30 years of his political career. When the two parties became increasingly polarized on the issue, Biden neglected his personal and religious convictions to side with the Democrats. Before his vice presidency, Biden opposed taxpayer-funded abortion; he supported state protections and regulations.

In less than a decade, the Democratic party moved from, “safe, legal, and rare,” to backing movements like #ShoutYourAbortion. Although they avoid talking about it, their adopted platform makes clear their extremism:

Joe Biden won’t articulate his precise views on abortion, because he knows doing so will either get him canceled by his base, or expose his extremism to moderate America. His selection of running mate, Senator Kamala Harris, made his position clear, however. Harris, whose voting record includes opposition to providing medical care to infants who survive abortion procedures, also has a history of prosecuting pro-lifers as California’s attorney general.

Is this extremism what Americans want?

In direct contrast to the DNC, the Republican National Convention was marked by a theme of life. Republicans and their leadership recognize that the right to life is a topic worthy of publicity. The week-long event featured speakers who repeatedly gave a voice to the voiceless.

President Trump requested that Abby Johnson, former Planned Parenthood director, share her story. In her address, she outlined Planned Parenthood’s profit scheme, detailed the horror of abortion, and gave humanity to the unborn. Sister Deirdre Byrne spoke about the sanctity of life, describing the unborn in America as the marginalized and oppressed. These were not the only pro-life messages, though. Life was interwoven throughout the entire week:

As the two parties move further away from each other, Americans must make a decision. It is clear that only one side values the sanctity of life and speaks for the voiceless. Choose the winning side. Choose life.